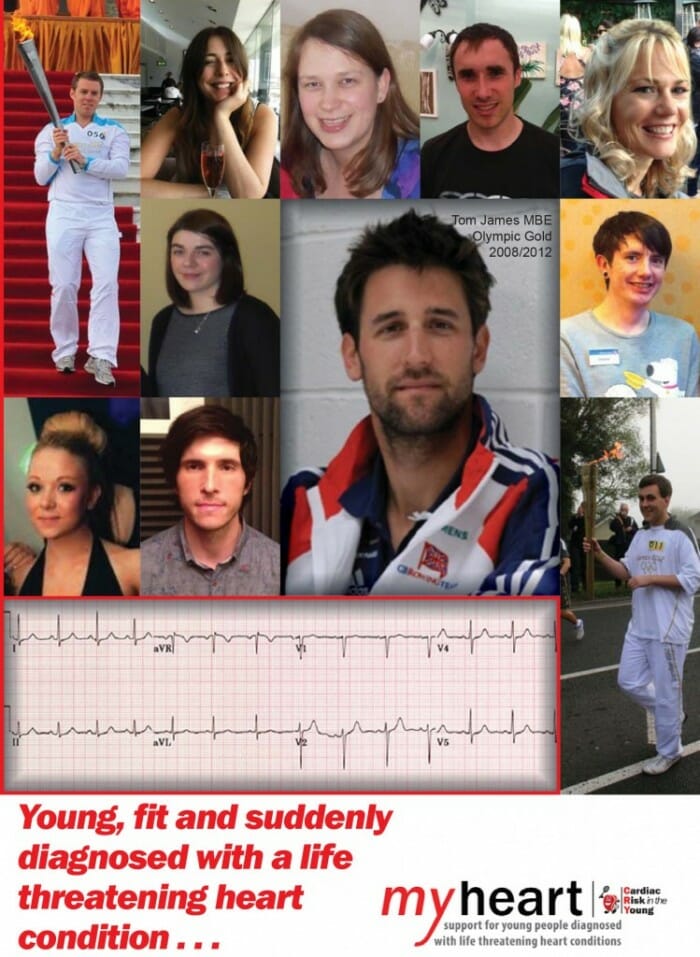 The myheart booklet was launched in November, 2013 and has been a source of great support for young people who have been diagnosed with a cardiac condition. The booklet is for and by the growing numbers of young people who – thanks to greater awareness and early diagnosis – are learning to live with a diagnosis (often ‘out of the blue’) of a potentially fatal heart condition.

The facts sound terrifying – but the reality is thankfully a different story, due to the increasingly effective treatments and intervention and an ever-developing understanding about the genetics behind many of these conditions. However, as this booklet – launched at a prestigious event at the House of Commons – explains, despite the reassurances from expert doctors, friends and family, such a diagnosis can still have devastating effect on these “apparently fit and healthy” young people.

Founder of CRY, Alison Cox MBE, says; “Since CRY was first established in 1995, much of my time has been dedicated to supporting bereaved families. However, as the charity evolved, it became clear that there was another group of people also desperately in need of support – but in a different way.

“A diagnosis of one of these conditions that can – and does – kill at least 12 young people every week in the UK, usually without warning, is incredibly frightening. Mind-blowing for the young person affected and their family – particularly their parents and many of those who come to us for advice often do so after the sudden and unexpected death of a parent, sibling or other relative which has possibly been the only indication that any form of genetic abnormality existed in their family. Feelings are running high – fear, anxiety, anger, insecurity. They desperately need the reassurance that their lives are not over – in fact, in some cases following successful treatment, they are only just beginning. But often, the only person who can do that convincingly is someone else who is going through the same experience as themselves.”

The book – with an introduction from double Olympic gold medallist, Tom James MBE who was diagnosed with a heart condition known as atrial fibrillation in the run up to the London 2012 Games – features 10 personal ‘essays’ from young men and women who recount and talk through their own experience of suddenly being diagnosed with a heart condition.

Hear from some of the authors