Even at the age of nine the signs were there, but no one realised what they meant. I recall going home from school near to tears as I had, had a ‘panic attack’ in the school assembly hall…. yet again. My heart pounded and I felt sick as well as cold sweats and on top of that my head was spinning and it was all I could do to stop myself from collapsing. The whole 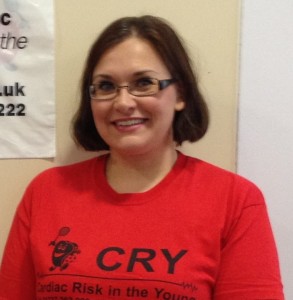 school was watching and imagine just how embarrassing it would be if I fainted in front of them all. The fifteen minutes between then and break time seemed to be an eternity, until I could take it no more. It got to the point where I begged to be taken to the doctors. But all he said was count to ten and breathe into a paper bag. I resorted to asking the teachers to let me stand on the end of the row so I wasn’t in amongst everyone. I felt safer there, despite the fact I knew they all thought I was attention seeking. Being on the end of the row eased my panic a little, but the attacks still haunted me and not always during assemblies.

At thirteen I went to the upper school where the attacks continued, but I grew so used to them that they became a normality. During my A-levels I developed a passion for photography, which I studied in every minute of my spare time. I eventually sourced some equipment and set up my own dark room in my bedroom.

I finished developing late one night and put the chemicals back into their screw-top containers, washed out the trays in the bath and clambered into bed. It wasn’t long before I drifted off into a deep sleep. The alarm went off and I got out of bed, then everything went hazy. People were talking about me, but I wasn’t there and what was that loud whirring noise. My head was pounding like someone had clubbed me with a baseball bat. I opened my eyes, and everything was blurry without my glasses. Where was I? Why wasn’t I in my own bed? Where was my mum? I wanted my mum.

My mum appeared and when I asked her what I was doing here, she had no answers. Had I had an accident, or been in a car crash? Why couldn’t she tell me what I was doing in hospital? The nurses were none the wiser either.

My parents were used to me being noisy in the mornings, but for some reason on that particular morning a loud bang had made my dad paranoid and caused him to get up to check what I was up to. After no answer to his calls he opened the bathroom door and found me in a heap on the floor. He dragged me onto the landing. I had no pulse and I wasn’t breathing. It was then that my dad saved my life. He had been part of a mountain rescue team back in the fifties when he was in the RAF, and everything he had learnt came flooding back. He gave me mouth-to-mouth and called for my mum to dial 999. She couldn’t even remember where we lived when asked by the operator!

By 11.30am the doctors had completed a series of blood and urine tests which had shown no abnormalities, and so decided, to the disgust of my parents, to let me go home. They put my ‘event’ down to inhalation of photographic chemicals and an adverse reaction. As we were leaving the hospital my dad suffered angina pain, but fighting off the nurses he announced that he was taking his daughter home! What a cool dad!

Eight years on and I had spent the night at a friend’s house. The alarm had gone off and once again everything went hazy… I woke up face down on the floor, then I realised I had wet myself and all over my friend’s carpet. That’s all I could think about until I tried to get up, but just collapsed. My body felt like a dead weight. I dragged myself across the floor and pulled myself up the door before collapsing onto the landing. My friend heard the bang and ran up stairs to find me sobbing and desperately trying to talk, but I couldn’t utter a word, my speech was very, very slurred.

They took me into a different hospital this time, where after being kept in for a week they concluded that I had epilepsy and that it had only just manifested itself. They could not give a proper diagnosis unless I had a secondary seizure. They didn’t think that the event eight years previously and this event were related, but I had my suspicions. The worst thing of all was that they took away my driving licence. I became quite depressed about this, where I live, you can’t do much without a car.

Eight months on and the same thing happened. I woke up in hospital, was violently ill before I passed out and woke up the next day on an upstairs ward. My husband had found me having a massive seizure in bed just two minutes before he was about to leave for work. What if he hadn’t found me and he had left on time, instead of being late like he was? It doesn’t bear thinking about. That seizure lasted an hour and a half before they managed to get me off to hospital. One of the ambulance men remembered me from eight years previous (he remembered the massive hole I had kicked in his door!). He said he had never seen anyone else suffer a seizure for so long, and that’s why he had remembered me.

I started the epilepsy tablets soon after I woke on the ward. I then settled down in my bed to watch the tennis. All of a sudden my heart started to pound so hard I thought I would bounce off the bed. A middle school panic attack only a hundred times worse. I managed to press the buzzer before I passed out. I woke up in a side room and because of that I knew it was serious. I was astounded when they announced that I had a heart problem and that I had to be rushed down to x-ray for a temporary pacing wire to be placed into my heart. They did an ECHO of my heart and then wheeled me down. I was conscious throughout the procedure. Had I not been so shocked I would have been scared stupid, but I found myself becoming intrigued by the whole thing. At the end of it I came out with a large box attached to my arm. My pacing box. I spent the next two weeks on the cardiac care unit surrounded by grannies and middle-aged men with angina and heart problems. I should have had an award for the longest stay on the ward. They monitored me night and day and even tried turning the pacing box down on the odd occasion, but that ended in disaster as I kept collapsing on them. They put a twenty-four hour tape on me and took a reading of my heart and the doctor concluded that I was in need of a permanent pacing box of my own. That Thursday was pacing day in the hospital, and if I was good, I could go home on Friday evening. My heart was beating on it’s own at between 30 – 35 beats per minute as opposed to 60 plus beats.

Nearly a year on and after a little tweaking here and there that pacing box has become my best friend. I can still feel it thumping me now and again and I thought I would never get used to it, but I wouldn’t ever consider not having it. The lump where it lies is annoying still but it’s great for freaking people out! And I tell you what though; it’s a good conversation starter!