The 9th December 2016 isn’t a key date for me. On that day, I was with my Mum, Dad and younger Sister, who were finishing up from undergoing their Flecanide Challenges…which all fortunately came back clear, which was a huge relief.

At 18:30 I received a phone call from my Cardiologist, who went on to tell me I had Brugada Syndrome. I heard him conclude that we were to meet very soon and discuss how we moved forward, I agreed, emotionless really and quite matter of fact, I said my pleasantries and put the phone down and that is how I was diagnosed.

I looked at my Dad who I was with (at that time as I was splitting myself between the three) and I just simply said, “I’ve got Brugada.”

I had a few tears in my eyes, but I’m a ‘be strong’ kind of person. (I cried, lots that night though) Then I went and told my Mum and Sister whilst the doctor was there. It was such an odd experience, like a kind of a good result for my family really, an explanation, a strand of hope for a resolution of some kind perhaps. Almost I felt like I should be happy I’ve given my family the knowledge to move forward with this, but inside I felt lonely and a bit numb to be honest.

A day that is etched in my memory for eternity. The day my beautiful, funny, vibrant and much loved younger Sister passed away.

Alanna Marie Ketley was full of life, which was stolen from her at the age of 18. When life is supposed to really begin and new paths are paved, hers were cut short. Prof Mary Sheppard and Cardiac Risk in the Young helped with Alanna’s heart personally, in the most needed CRY Centre for Cardiac Pathology and even came to her inquest in Coventry, which we are extremely grateful for. 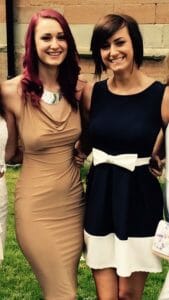 So although I don’t want to take away the mental and physically daily struggle of having any health condition, in my case Brugada specifically. Personally, my struggle began 9 months prior.

I’ve been under cardiac investigation since 2012, I originally had one or two palpitations a week, increasing over time, until most recently being thousands a day. I remember also being pregnant with my little boy (now 4) and knowing that I was pregnant because of the extra strain on my heart and the palpitations dramatically increased. During this time I saw a Cardiologist who in front of 6 Students laughed, told me I was imagining things as I was probably suffering with pregnancy anxiety and left me on my way. If only she knew, perhaps if she had taken me seriously, done more tests maybe, my Sister would have also found out about our hereditary condition and she may have been alive today, also perhaps not. This is why my family had all their tests done together and at a different hospital and I had mine alone prior as I had been symptomatic and were already known to my Cardiology department, which at time also made me feel a little alone or perhaps isolated.

The tests became more extensive and invasive, albeit necessary and that I am grateful for. They were a little scary, often it’s more of a mental struggle that a physical one. I often put a brave face on, although sometimes it slipped slightly, I have to remind myself that it’s okay to sometimes not be okay, I’m still working on that! I pretty much had every test you can have, the most intrusive being an EP study, but be assured they look after you well.

Fast forward to my Ajmaline Challenge on 6th December 2016, I’m a nightmare to cannulate, so three different Doctors and 9 attempts later I was good to go! I kind of knew I had Brugada Syndrome straight away from the look on his face and the probable regret of him putting emphasis on how life changing a condition like Brugada could be in the pep talk to my Mum and I beforehand haha! Then there was a little awkward mumbled conversation about there being the Brugada pattern but he wasn’t qualified to diagnose and then he even special ordered me a full English breakfast to my bed?! Winner Winner!

Then 3 days later it was confirmed – partly to my harassment as I partly expected the result.

I’m not sure how I feel about it. Sometimes I feel like a normal healthy 26 (JUST!) year old and the Doctors are loopy, sometimes I feel a bit lonely, glum and the worlds against me. In March I was admitted to hospital after falling unconscious at my Mums, where I was then kept on continuous monitoring on the Coranary Care Unit for a week, which was erm, a bit lonely. Being the youngest by around 40+ years and watching all this poor people who had sustained heart attacks come and go, kind of hit home how serious Brugada is. On March 27th 2017, the day after Mother’s Day, I was fitted with a duel lead ICD and Pacemaker, this is where it gets weird!

So the morning of the 27th the am doctors walked in and announced I was to have my ICD fitted that day! I had initially been told it was expected to be later in the week, panic mode now fully on! My Mum and Sister, Kamarah visited that morning as they were off to the other side of the West Midlands to get Kamarah’s Implanted Loop Recorder fitted. So at that point I decided to keep my ICD surgery a complete secret. To the point that my Nan and Grandad came to visit me as I was being wheeled to surgery by surgeons in scrubs and I was going for an XRay!? I knew my little Sister would need my Mum there with her and also I didn’t want her appointment being cancelled or the upheaval on the family. So logically I decided that I would go at this alone, I remember then saying I was weirdly hyper that day – adrenaline for you!

Sometimes I’m guilt ridden, why did I get to stay alive and Alanna didn’t? I’m older? But I’m overall grateful and thankful. I do think about getting shocked frequently, I think I’m prone to worrying more when I’m a bit poorly, when my hearts playing up a bit, when I exercise in the gym, sometimes I think about putting the emergency stop rope clip attached to my top (which you’re supposed to) just in case I get shocked, fall and then have treadmill burn prints along my face – I’m not dramatic at all, needless to say, I don’t attach said pully cord as I’m 26 and that’s far too uncool. Mature like that too…..But if I was shocked…? Well aren’t I a bit lucky that I get to watch my little boy continue to blossom into a bigger boy.

Now, this is my worry. I worry about my little boy, Harlan. I often have nightmares. In fact pretty much every night. He has a 50% chance of having Brugada. It’s literally like flipping the coin of life. Mornings are the worst if Harlan has decided to sleep a little longer. Alanna was found in her bedroom you see, so I constantly worry that I will find Harlan the same way. But we will cross every bridge as we come to it. We are best friends my boy and I, a strong unit and for as long as we can be we will remain that way. If he was ever diagnosed, I honestly and truly don’t know how I would cope with that, but as with everything, I guess you just do.

I’m currently on 10mg of Bisoprolol. I find I’m constantly tired, drained and like I’ve never slept enough, my hair falls out too, that’s not very ideal now is it!? But I go to the gym and lift weights three times a week, I run 2.5 miles beforehand. So keeping an active lifestyle is important for me mentally and physically. Other than the big BS and Pacemaker my life after diagnosis hasn’t really altered because I haven’t let it! I do feel a bit like a loner in my family, although everyone has their own things to deal with and very similar they may be, they’re still not the same. The reality is, if I had been diagnosed with this prior to Alanna passing away, this diagnosis would have felt very different to everyone, myself included. It would have been a big thing, serious and important. I think I probably get a little bit less support now than I perhaps would have before, because that would have been the most heart breaking news our family had to deal with. It’s not now, for them or me. Sometimes I feel that I do have to deal with it all alone as I know that my parents are grieving their most horrendous and life altering loss that I don’t want to burden them with my problems, my Sisters are also the same. So I just keep quiet and I don’t really mention it. I also feel bad that my Sisters don’t have answers they perhaps want or need, so I feel like because I have an ICD and a strict diagnosis I am almost rubbing it in. It’s a bit strange. I think our family is struggling, with one thing after another so we just muster through by not talking at all about personal feelings.

This isn’t designed to be a negative or a morbid post, I’m just trying to be factual and honest, sharing my story, which is personal to me. I’m lucky to be here and I’m so thankful to the brilliant care I’ve received from my hospital, University Hospital Coventry and Warwickshire and the unbelievable support we have been able to access from Cardiac Risk in the Young.

CRY provide an abundance of support should you wish to seek it. I utilised the Sibling Counselling phone calls which allowed me to speak honestly and openly in private to a person who can appreciate the pain of losing a loved one and my lady could also appreciate the reality of diagnosis post loss too which helped me massively. I have recently raised £1,630.00 for CRY, alongside putting their charity link on the well-known Wolf Run website and I aim to raise a lot more in the near future. 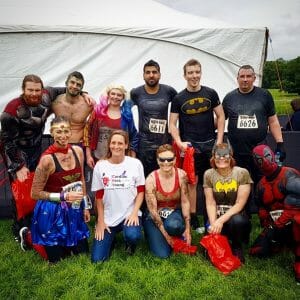 I do live everyday now with a ‘life’s too short’ attitude. Book that holiday. Don’t text that Ex back! Educate yourself. Do things for you and hey, be a little bit selfish. Life’s a gift and regardless of your circumstance, illness or situation know that there is always someone around to listen or to just be there. That you’re special, wanted and unique. I might not be wearing your shoes, lived your experiences or share your illness, but know that you can work through it, against it or perhaps even with it.

“A candle loses nothing by lighting another candle” 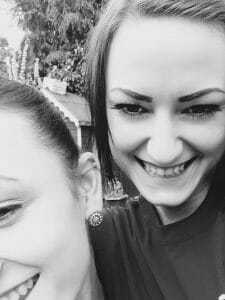