December 3rd 2010 started out as any other normal day (although, when I look back now it’s as if the day was already planned out). School was closed as the weather had been bad all week and buses couldn’t get through. I had been at work that morning but as the snow was so bad I decided to return home. Dan was still in bed at 11am which is a typical teenage thing to do! I got him up and he was fit and healthy as usual as he played on his Xbox. I got a call from an elderly lady asking if Dan would clear the snow from her path and he said, “sure”. The path wasn’t very big and the snow was soft and easy to shovel away. I went inside and left him to it. It took him about 10-15 minutes and he had done a lovely job. 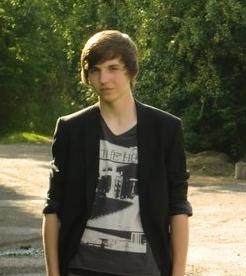 We got into the car; Dan didn’t show any reason for me to be concerned. As we started for home Dan said, “my feet are freezing!” which was normal in these weather conditions. He then began to make heavy breathing noises and although he wasn’t shaking all over, I thought he was having a fit. I stopped the car and tried to bring him round but he had gone completely grey and wasn’t responding. I knew then this was very serious and in the next few seconds I made a decision that probably saved his life. I drove straight to our local doctor’s surgery; it only took a few minutes, but thought it would be quicker than an ambulance. He was now slumped in the seat and I couldn’t feel a pulse. Again, I tried my best to bring him round but there was no response. I ran to the surgery doors and found that they were locked… it was lunchtime, so I continued to the back of the building only to find another door that was also locked. In panic, I hammered on both doors and then ran back to the front of the surgery where our nurse practitioner (Sandra) had come out to see what the noise was about. I screamed, “Please can you help my son, he’s in the car!” Seeing the look of urgency on my face she followed me to the car park. She opened the door and felt for a pulse, then said, “we have to get him out of the car. Can you go back in the surgery and call for Sally?” I did this quickly and Sally came rushing out. By this time, Sandra had managed to pull him out of the car and lay him down in the snow. Dan being 6”1, it must have been a struggle for her. She was performing CPR, this is when my strength vanished and I fell to pieces. Thankfully, our surgery has a defibrillator which had been supplied through previous fundraising and that was used to bring Dan back. The doctor arrived back from his lunch and immediately assisted. I called for an ambulance and was told that an air ambulance would be sent too. I called my husband and he was there within minutes, unable to believe what he was seeing; our 14 year old son with two nurse practitioners and a doctor surrounding him with a defibrillator on his chest.

Dan started to respond but was fitting constantly. The ambulance took 25 minutes to arrive because of the treacherous road conditions. The air ambulance couldn’t land close enough because of the snow, but the crew came running to assist. I travelled in the ambulance with Dan, the whole time he appeared to be fitting and fighting for his life. We arrived at the hospital in Lincoln where the doctors were waiting for him. I was told to wait outside the room until a nurse came to take me to the relative’s room. I was completely numb with shock as I waited for my husband Dave.

The doctor came to see us and explained that they had settled Dan and heavily sedated him, but we could go and see him. What we saw was a horrific scene; Dan was laid there with tubes and pipes coming from all directions and a ventilator breathing for him. Doctors said they had to take him for a brain scan and they quickly whisked him away.

My daughter, 15 at the time, arrived completely shocked and devastated that her brother, her best friend, was now fighting for his life. It was a waiting game to find out what had happened, but the team of doctors and nurses were fantastic. They came back to tell us that his brain scan was fine but they were unsure what to do with him, as Lincoln County had only an adults intensive care unit and they were waiting to find out where they could transport him to. A bed was available at Alder Hey in Liverpool but they were worried about getting him there due to the weather. Eventually they decided that he was big enough to be treated as an adult so they kept him in intensive care at Lincoln.

After about 12 hours, heavily sedated, they tried to wake him and he started to come round, but they were not happy and decided his body needed longer to recover so sedated him for a further 24 hours. We were worried that he could have suffered brain damage as we were unsure how long he had been without oxygen and we still didn’t have a clue what was wrong. They gave him drugs to rule out any infections, viruses, meningitis etc. We were told to go home and they would wake him in the morning.

We arrived at the hospital just as he was coming round; he saw us and started trying to pull the tubes out. Dave asked him if he knew who we were and he nodded, after a short while they removed the tubes from his throat and he was then able to speak. There was no sign of any brain damage as he asked what had happened and why was he here. His strength was amazing he was joking and laughing within minutes of coming round. Although he was experiencing short term memory loss. He spent the rest of the day in intensive care as the results from numerous tests were coming back clear.

They then decided that it must be his heart so he was transferred to the coronary ward. Again this was an adult’s ward so he was put in his own room. He was very comical throughout although had no recollection at all about his experience.

The next day he was transferred to Glenfield Hospital in Leicester where we spent the next 3 weeks. He had lots of tests including an MRI scan. His consultant came to see us and said she suspected Dan had hypertrophic cardiomyopathy and his heart muscle was slightly thicker than the normal 11mm. We had never heard of this condition before and were then told that it was probably hereditary so the rest of the family had to be checked. My ECG and ECHO were suspicious; Dave and my daughter Charlotte were fine. I was sent for an MRI also.

Dan was fitted with an implantable cardioverter defibrillator (ICD) as he had suffered a cardiac arrest it was the safest option. We were released from hospital the day before Christmas Eve, we couldn’t have asked for a better Christmas present. Since then my MRI scan results came back normal and Dan’s biopsy has confirmed cardiomyopathy. We are waiting for an appointment for Great Ormond Street now to see if Dan has a defective gene before they investigate my husband and myself further to see if either of us are carriers.

We were extremely fortunate that day that everything went in our favour, the immediate response, the professionalism of our surgery staff, the snow and the fantastic care at Lincoln and Glenfield hospital.

Dan is a keen footballer and a very fit lad, this could have happened out on the football pitch and we probably wouldn’t have him here today. We had absolutely no idea that up to 12 young people die each week from undiagnosed heart conditions until we found the CRY website. This website has helped us so much and I would like to thank you for the great work that you do. We currently fundraise to support your charity.