Alessandro Miccoli wrote his story to be included in the myheart booklet which was launched in November, 2013. 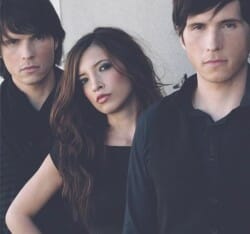 It wasn’t until the end of 2012 that a journalist first introduced me to the charity CRY. I quickly became aware of the amazing work they do in helping promote awareness of heart conditions in the young.

Since my early teens, heart conditions have affected my family in many ways. First, losing my grandfather to a heart attack, then shortly after my father was diagnosed with atrial fibrillation. At the time it didn’t occur to me that I may be destined for the same fate. I guess I was just like every other healthy young person, oblivious to the fact that heart conditions are not just limited to older people – they can affect anyone, young or old.

My siblings and I are in a band and we were playing a gig in Birmingham. Half way through the set I started experiencing severe chest pains. I became extremely light headed and my heart was racing. It felt like it was about to explode. To this day I still don’t know how I managed to make it to the end of the song (must have sounded terrible) but fainting in front of all those people was not an option for me.

In hindsight this was a very stupid thing to do, as I didn’t realise my life was in the balance! I collapsed as soon as I walked off stage and emergency services took half an hour to get to me (even though the closest hospital was only 5 minutes down the road). Their response for the delay was, “A young 25 year old with chest pains, how bad could it be”! My heart rate was by now at 235-250 BPM and at any point I could have dropped down dead. When I eventually got to the hospital I was rushed into A&E and they tried every drug they could to get my heart rate down, but nothing was working. Finding myself in intensive care and drifting in and out of consciousness, fear and panic had firmly set in – I thought my time was up!

They sedated me and then used defibrillation to shock my heart back into a normal rhythm. I woke a few hours later bursting into tears as the feeling of relief was immense. I was so happy to be alive. The cardiologist at Birmingham City Hospital diagnosed me with Wolff-Parkinson-White syndrome (WPW) in its most aggressive form, explaining to me that an ablation procedure was the only way to rectify the problem. The news of this diagnosis at first hit me hard. I felt so many emotions all at once – fear, anger, frustration. I was confused, uncertain about my future and constantly asking myself “Why me??!!”

The cardiologist prescribed me with flecanide acetate, which is a drug to maintain a steady heart rate, until the date of surgery. I waited 3 long months to have the procedure and within that time I battled both with coming to terms mentally and physically with my condition and the fear of having my operation which I referred to as D-Day (later finding out that my operation fell on exactly the same date as the D-Day landings). I underwent the surgery in June 2009 at the Queen Elizabeth Hospital in Birmingham and when I awoke was so relieved and happy. However, after a few weeks my symptoms returned. Later, an ECG revealed that the extra pathways that had been burnt out in the procedure had healed when they weren’t supposed to, making the operation unsuccessful. I was devastated.

I then underwent a 2nd ablation a month or so later. I experienced a few heartbeat skips now and again but nothing major, assuming it was just my heart settling down after the surgery; but then one morning I woke with a heart rate of 220 BPM and was again rushed to A&E. They tried every drug they could, just like before, to get my heart rate down but nothing worked and again they had to use defibrillation to shock my heart back to a normal rhythm. Waking for the second time from a major ordeal I simply couldn’t believe my ‘luck’, I was still alive! Tears of joy and relief followed.

By this time it was 2011. I had been dealing with ‘this’ for more than 2 years, undergoing my 3rd ablation, which would turn out to be my most extensive and aggressive procedure yet. At this point, the situation started to take its toll on me mentally and physically. The side effects from the drugs to maintain my heart rate started to become more apparent. My dosage increased and so did my anxiety attacks. The constant fear of dying in my sleep was always present.

The 3rd ablation was only partially successful – they managed to suppress the WPW so that it wasn’t life threatening. However, whether it was due to the aggressive heart procedures or an undetected condition, I was later diagnosed with persistent atrial fibrillation. Undergoing a 4th ablation procedure was the only way to cure the condition. My symptoms were unbearable as there isn’t really any drug out there that can regulate severe and persistent forms of atrial fibrillation. The 4th ablation procedure was mostly successful, I no longer experience chronic symptoms of atrial fibrillation or WPW and just the occasional skip now and again. I’m still awaiting my last appointment from my cardiologist to finally get the all clear!

The screening carried out by CRY for young people is imperative in detecting and thereby preventing an otherwise undiagnosed heart condition reaching its fatal conclusion. Having heard of the reluctance by some consultants to promote the screening programme CRY initiated, saying young people would not be able to cope with the diagnosis that might result, I would argue the opposite. Young people, with appropriate support, are more adept at coping with the situation, dealing with the diagnosis and having a positive / optimistic outlook.

Young people don’t carry life’s excess baggage. Having spent a lot of time in consultation and on hospital wards, I quickly became aware how the ‘older generation’ found it more difficult to cope and come to terms with their condition. Whether it was at the diagnostic stage, pre- or post-surgery or even just getting their INR level checked at a warfarin clinic. It would be very true to say this experience has taught me not to take anything for granted and to really appreciate family and friends. For me it all boiled down to two simple choices, cry or laugh. I chose the latter, accepting my condition and carrying on with my life – and not letting this potentially depressing and life threatening condition dominate my life.

This was the only way for me and my family to remain sane. To put it all into perspective, I am always humble and conscious of the fact that I have been allowed a second bite at life. I would have been so grateful, had I known about the screening programme, to have caught my condition in its early stages. Looking back, it would have made sense to get myself tested, since there is a history of heart conditions that runs in my family. It would have given me time to prepare, educate myself on my condition and be aware and save myself a lot of the hardship and ‘close calls’ that I endured. When I was eventually diagnosed with the heart condition, the rest of my family were screened, resulting in my twin brother also being diagnosed with WPW and atrial fibrillation.

My siblings and I look forward to the future and working closely with CRY to help raise as much awareness as possible to save lives and reduce the ordeal young people might be faced with under similar situations to mine. We want to bring awareness to the public that heart conditions are not exclusive to the older generation but can affect all ages.

Watch CRY’s myheart cardiologist talk about the reasons you might have to repeat an ablation below.