Mallory Brand wrote her story to be included in the myheart booklet which was launched in November, 2013. 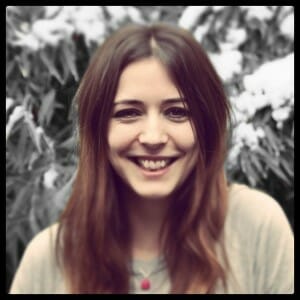 I discovered I had Wolff-Parkinson-White (WPW) syndrome by chance. I manage events and exhibitions for a marketing agency in London. In July 2012, I was flying to Boston when I felt unwell during the flight, collapsed and after receiving oxygen from the cabin crew was told to see a doctor once we had landed.

The medical centre recommended by my hotel asked about my general health and I told them I had experienced palpitations my whole life. They performed an ECG – luckily there was very little waiting around – and WPW was diagnosed. “Shit” was the first thing that came to mind! But then a sense of relief that the fast, irregular heartbeat I had been told was ‘safe’ for so long, actually was something. Admittedly, the next few hours weren’t fun. I was in Boston with colleagues, so couldn’t get the hugs from family or my boyfriend that I craved. Instead I called them, arranging to fly home early to visit my doctor.

My work colleagues bought me some delicious cocktails to take my mind off it and my flight home was upgraded to business class. I spent the entire flight back sipping champagne – every cloud has a silver lining! I began researching WPW on the internet, learning that Meat Loaf, Jessie J and Marilyn Manson were all sufferers. I figured if the ‘Bat Out of Hell’ could deal with it, then I certainly could!

In the UK, doctors confirmed my diagnosis and referred me to the CRY Centre for Inherited Cardiac Conditions and Sports Cardiology at St. George’s Hospital in Tooting, London. Over the next 2 months they performed more tests and scans, checking I didn’t have any further abnormalities. They then decided that because I had been experiencing symptoms my whole life, I should skip the drugs and go straight on the waiting list for an electrical ablation procedure.

I carried on as normal, although it was difficult at times having the diagnosis hanging over me and waiting for a date for my operation. My boyfriend had the patience of a saint and always put on a Patrick Swayze movie or cooked me a big bowl of cheesy pasta if I was feeling a bit down. I worked from my London office and exercised little in those months (a valid excuse for not being a gym bunny). I was anxious about my December holiday – in Australia, to meet my boyfriend’s family – so kept chasing the hospital until they confirmed my surgery date in November.

Before surgery I contacted CRY, asking to speak to someone who had been through the same experience as me and was put in contact with Chris Smith, who had been ablated a few years earlier after being diagnosed with WPW by CRY. It was incredibly useful, speaking to someone my age that had gone through the same feelings I was having. Was it weird that I was worrying about the scar I’d have? What were the nurses like? Did they mind if you swore? How long was it before you were walking around like normal? Chris was really candid and it made me realise the procedure wasn’t going to be easy but gave me a realistic expectation of what was going to happen.

The nurse testing me for my pre-op assessment told me WPW was a relatively new condition in the medical world. It got diagnosed about 20 years ago, which explained why doctors used to dismiss my palpitations as nothing to worry about.

The day before my operation I was so nervous. I watched a Christmas movie and baked a pie to keep my mind from it! I barely slept that night, getting up early to go to the hospital with my boyfriend. I was put on a day ward which was specifically for people having the same or similar types of procedure to mine. Being 25 I was the youngest, the next youngest person there was in her 50’s but everyone was really friendly and the nurses were super lovely.

I was first into surgery so didn’t have too much time to worry. I told the doctor in theatre that I was really nervous and wanted lots of drugs to calm me down! They happily obliged, setting me at ease and updating me throughout the procedure about what was going on. When they realised the abnormality was in a more dangerous place than they had originally thought, they needed to wait for the senior cardiologist to complete the next stage of the operation, which was definitely worse than I thought it would be. It took double the 2 hours that they had anticipated. I spent the day recovering on the ward with my boyfriend reading to me and forcing me to drink the many jugs of water the nurses kept leaving for me! I was allowed home that evening and spent the next week recovering from home.

Recovering was harder than I had anticipated. Because I knew I would be awake throughout and going home the same day, I had assumed it would be easy and I would be up and about in no time. Actually that wasn’t the case at all. The scar in my groin was painful but bearable, I was expecting that. However, I hadn’t realised that my heart had been ‘reset’ and would need time to recover. For 2 weeks I had a lot of tightness in my chest, getting out of breath easily and being uncomfortable sleeping on my side. I worried something was wrong and was relieved to learn this was normal and would continue for a few weeks, which put my mind at rest.

I needed 3 weeks off work. Mum stayed with me which was nice – a bit like when you were off school as a child! I found walking a short distance felt like I had run a marathon, so it took me a while to return to normal. However a month later, I jetted off to Australia on holiday with no issues and had the best time ever! Although experiencing the odd weird heartbeat, it was really strange not getting palpitations and out of breath like before when I exercised. Now I have no excuse not to exercise any more!

St. George’s gave me the all clear – amazing! I didn’t realise the complete and utter relief and happiness I would feel, knowing I had overcome and got rid of this little glitch. Heart 2.0 is a success! My cardiologist advised I would experience weird heartbeats for a year which was all part of the heart’s natural healing process.

Being diagnosed has put things into perspective for me. Life is short. I wish that I had gone to the doctors before, instead of being stubborn and ultimately putting my life at risk over the years. It’s made me realise that your health should be the most important thing to you and it also made me realise how gorgeous the people around me are – my boyfriend making me copious amounts of pasta; my BFF putting up Christmas decorations on the day I came home from the operation; and my mum coming to stay and watching crap telly all day with me.

When I read that Alison started CRY in 1995 and many consultants told her that she should not be starting a screening programme to identify young people at risk, because young people could never cope with a diagnosis – I thought “What complete bollocks!” Just because we are ‘young’ it doesn’t mean that we are incapable of dealing with something this serious.

Everyone I have spoken to about this has said how strong and brave myself and fellow young people have been in this situation, but for me that almost seems irrelevant. You get on with it because you have to. You just do it.